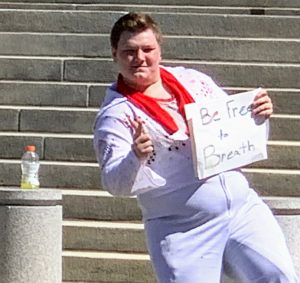 There Was a Guy Dressed Like Elvis at an Anti-Mask Protest at the Capitol, and I Have So Many Questions

Earlier today, a group of patriots people with nothing better to do held a rally against the mask mandate for schools issued by Governor Wolf’s Department of Health. As you can see, it was quite the gathering, with 14 whole people showing up to defend against tyranny: These 14... 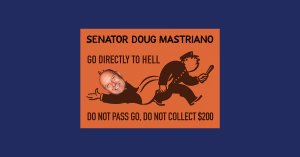 Doug Mastriano is begging to be smacked down, and Democrats need to seize the moment and knock him down on his Trump-loving butt. Mastriano, who serves as a state senator from Franklin County when he isn’t working with insurrectionists hell-bent on dismantling our democracy, recently called for an Arizona-style...

it's time to change the narrative- literally.

Despite disagreements on how Democrats handle their messaging, the Keystone Reckoning Project is NOT trying to undo or minimize the good work being done by thousands of elected officials, party members, or activists. Our intention is to take a different approach to political messaging in the hopes of helping quality candidates win elections.

By virtue of being funded solely by our supporters, we have no allegiances to anything but the truth. In these truly unprecedented times, there is nothing wrong with looking at our past performance to fuel future success. If we don’t acknowledge what doesn’t work, we’re just making our job harder. And with the Republicans capable of spending massive amounts of money to fuel false narratives designed to dismantle our democracy, we need to be willing to try anything and everything (within the boundaries of the law) to quite simply kick their asses.

But let’s be honest: the current “formula for success” for Democrats in Pennsylvania has proven somewhat less than successful. By recycling the same tired talking points, dumping resources into an ineffective messaging apparatus, and ignoring the issues people genuinely care about, Pennsylvania Democrats failed to capitalize on Joe Biden’s historic win at the top of the ticket in 2020.

If nothing changes now, then nothing will change in 2022.

It’s time to beat the Republicans at their own game so we can start playing offense instead of settling for well-intentioned defense.

The Keystone Reckoning Project will shine a light on Pennsylvania Republicans at all levels of government in a blunt and brutally honest way, demonstrating that a new messaging strategy can change not only the narrative but, more importantly, the results on Election Day.

We plan on taking risks and trying a variety of tactics to expose Republicans in a way that is designed to throw them for a loop and make life as miserable for them as they do for millions of people they claim to represent.

But to make it happen, we need your support. Your recurring monthly donation will fuel the engine of change, so please take a moment and donate now.

INSANITY (in·​san·​i·​ty): doing the same thing over and over while expecting a different result 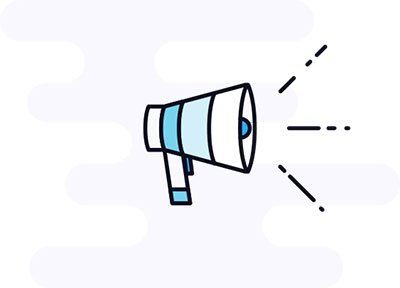 $
Funds raised by PA house and senate dems for 2020 elections

legislative seats up for election in 2022

break through the red fog

The “Red Fog” is what we call areas of Pennsylvania where Republicans control the State House, State Senate, and Congressional seats. In these areas, constituents and the media are fed nothing by Republican talking points through press releases and email blasts. Without anyone breaking through the Red Fog, their insane propaganda becomes conventional wisdom, making it nearly impossible for a Democratic candidate to break through in a short campaign cycle.

We have to start messaging in these districts before we even have a candidate, especially considering the uncertainty caused by redistricting for 2022.

BE BOLD AND UNPREDICTABLE

One reason Republicans win so many damn elections in Pennsylvania is because Democrats have been using the same playbook forever. The next time a Republican is surprised by Democratic tactics will be the first time. Sticking to the same strategy might be a decent idea if it worked, but the results speak for themselves- it isn’t working.

meme me up, scotty

There is nothing wrong with injecting some humor into political messaging. Not only is it probably the best way to get something to go viral on social media, but funny content like memes stand out in a sea of cookie-cutter mailers and bland ads. And by portraying these people like the clowns they are, we are helping to define them to the voters.