WhaT is the keystone reckoning project?

The Keystone Reckoning Project is a registered Political Action Committee in Pennsylvania, which means we can participate in any election at any level in the Commonwealth.

We are still in the process of assembling our PAC Board and Advisory Committee to refine and carry out our mission. Our goal is a team reflective of the diversity we need in Democratic politics, with everyone committed to a more aggressive messaging strategy to get Democrats elected at all levels. If you are interested in joining us, or if you know someone who would be a perfect fit, please email us at [email protected] 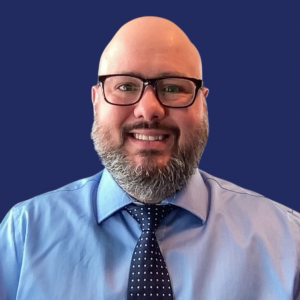 Republicans don't like Jesse White, which is just fine by him. Like his hero, Franklin Delano Roosevelt, once said, "They are unanimous in their hate for me—and I welcome their hatred."

Jesse White has a wide range of experience in Pennsylvania politics at all levels. At 23 years old, while a student at Duquesne Law School, he cut his teeth as a Township Supervisor in his hometown. After passing the bar exam in 2003, Jesse ran for State House in 2004. Overcoming a lack of money with hard work and a highly targeted and aggressive messaging effort, he came within 800 votes of unseating an entrenched incumbent in the Democratic primary.

When the incumbent retired in 2006, White won a tightly contested primary and general election to claim the seat. He served as State Representative for the 46th Legislative District from 2006 – 2014, representing portions of Washington, Allegheny, and Beaver Counties. During his tenure in the State House, he earned the nickname “Bulldog” for his tenacious approach to public policy.

White’s district was the epicenter of the Marcellus Shale boom, with the first well in Pennsylvania fracked in his district shortly before he took office. The duplicity of the energy industry, coupled with the corruption of Governor Tom Corbett’s administration, forced Jesse to take an aggressive and unorthodox approach to uncover the truth about what was really happening to his constituents.

With little institutional support willing to take on a billion-dollar industry, he worked tirelessly (and often alone) to expose not only serious public health problems relating to fracking but the brazen collusion by the industry and the DEP to lie to the public about the impact of those problems.

His efforts began to yield results; White organized his local municipalities and wrote amicus briefs to help overturn Act 13 of 2012, a disastrously pro-industry law passed by the legislature. The Pennsylvania Supreme Court’s landmark decision in Robinson Township v. Commonwealth of Pennsylvania preserved the rights of communities to protect their citizens through zoning; had the case failed, Pennsylvania would look much different today.

During this period, the public and press began to examine the severe malfeasance by bad actors like Range Resources, which had used their money and political influence to escape any accountability for their misdeeds. Eliza Griswold’s Pulitizer Award-winning book “Amity and Prosperity: One Family and the Fracturing of America” was partially born from several personal behind-the-scenes interviews with Jesse about the enormity of what was happening in plain sight. In 2020, Pennsylvania Attorney General Josh Shapiro announced that Range Resources plead guilty to criminal charges stemming from their conduct in Washington County during White’s time in office.

Although history would ultimately prove him correct, the energy industry finally decided Jesse was so effective in exposing them that the only solution was to get him out of office. Using their vast financial and political resources, they spent nearly $500,000 to brutally damage Jesse’s credibility for the 2014 election. Several fracking-friendly Democrats from his own caucus turned on him to curry favor with the energy industry during this period, exposing Jesse to the darkest part of our political process.

White learned that in many people’s eyes inside the Capitol, both Republicans and Democrats, electability wasn’t about being right or serving the people; it was about perception and money. When the dust settled on Election Night, Jesse had lost his seat in the State House.

After leaving public service, White continued his work on the issue, ultimately discovering and exposing a child cancer cluster in Washington County in 2019. As he watched the current legislators follow their industry marching orders to lie and cover up the undeniable truth, Jesse, who by this time had two young sons to consider, knew it was time to move on.

Jesse and his wife Eileen moved their family to the Harrisburg area in 2019, where he founded Perpetual Fortitude, a Democratic consulting firm. Working with candidates and campaigns ranging from local municipal races to projects in Africa and South America, Jesse realized just how many candidates lacked the proper training and understanding of effective political messaging. At the same time, he watched as the Republican Party morphed into a cult of racism, ignorance, and hatred, studying how their messaging had become so effective to so many voters. It didn’t take long to realize that Democrats struggled because they didn’t understand that Republicans were playing by an entirely different set of rules.

During the 2020 cycle, Jesse served as Operations and Field Director for Progressive Turnout Project’s Harrisburg region, leading a team of over 30 amazing people to turn out and influence the vote during the pandemic. This experience, which involved hundreds of thousands of voter contacts through various methods, gave him valuable insight into how folks reacted to the messaging from both sides.

One of the critical areas of interest was why down-ballot candidates did so poorly in Pennsylvania despite Joe Biden carrying the state. Talking with candidates across the state, he found the same recurring problems- cookie-cutter messaging, disproportionate investments from the large campaign committees. And when there were resources for messaging, campaigns spent them in ways that made vendors and consultants rich but made candidates lose.

The events of January 6 were the final straw. Watching thousands of Trump supporters living on a diet of pure propaganda attack our democracy, White decided the time had come for a more aggressive and less predictable messaging operation for Democrats to combat the unhinged insanity coming from the other side. And thus, the Keystone Reckoning Project was born.